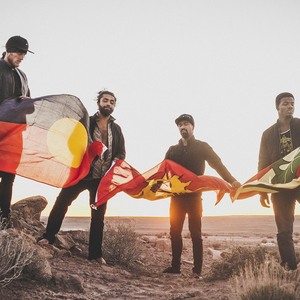 The 20th annual California WorldFest is July 14-17th, 2016 and features eight stages of music and dance from around the world, camping with family and friends, workshops, international food, fine crafts, and the renowned children's program... celebrate mid-summer with us under the cool, tall pines of the Sierra foothills.

Pioneer Curiosity: California WorldFest Embraces and Challenges in an Unlikely International Arts Haven at the Edge of the Sierra Nevada

Once a summer, in the heart of the Sierra Nevada, near a former gold rush town, there’s a pop-up village that teaches beekeeping and sways to Afropop, where steampunk medicine shows cozy up to Arab Spring arts instigators. Where hiking and farm stands meet Apple researchers practicing street magic.

Drawing on California’s many facets--its wild-eyed dreams, its cultural savvy and technological edge, its down-to-earth rugged legacies--the California WorldFest in Grass Valley, CA shows how a small community can foster a friendly global arts hub within easy striking distance of the Bay Area. “Some people comment that it’s a strange place for a world music festival,” recounts Julie Baker, Executive Director of Grass Valley’s Center for the Arts. “But we’re pioneers and tend to be curious people.”

Yet the festival also creates a space that manages to be exploratory and challenging, as well as welcoming and friendly. “We’ve struck a balance between family-friendly elements and activities, and opportunities for festival-goers to encounter something new, something that shakes their assumptions and makes them think,” Baker says. “We want people to hear something new, to learn something new, and to go away with a deeper understanding and connection to the world.”

"Last year World Fest in Grass Valley was awesome will never miss this event, like being a child again!" - Anita Meulenberg Huster, festival-goer

"We have had the occasion to run into some acquaintances we knew while living in Plumas County while attending World Fest over the years. Especially when visiting the Indigenous cultures area. So glad to see this becoming more and more part of World Fest!" - Jerry Marr, festival-goer


Celebrating its 20th year, WorldFest has just started a new chapter, one that manages to be both more community oriented and globally minded. The festival’s history reflects how a tried-and-true festival model can morph and grow, can challenge and engage, without losing its heartfelt vibe.

Founded by a dedicated couple from not-too-distant Chico in 1997, WorldFest came under the umbrella of Grass Valley’s art powerhouse, The Center for the Arts, a local presenting organization that went from near bust to boom in a few short years. Baker and her team helped inject new life into the Center’s approach by thinking hard about what Grass Valley and the surrounding areas really needed from an arts presenter. In a few challenging years, the organization went from floundering in debt to fostering a multi-generational audience in the tens of thousands and nearly 2,000 members in an area with a year-round population of around 90,000.

Some of The Center’s new, very successful events included major outdoor concerts. They considered started a festival of their own until the opportunity to take over WorldFest came along.They looked at the festival in depth, saw its strengths, and leaped at the opportunity. They applied the same thoughtful approach to their new venture, listening to the local community while pushing the envelope by incorporating artists and ideas that nurture creativity and multifaceted fun.

To reenforce the intergenerational nature of WorldFest’s audience--to entice the kids who grew up attending with their parents to continue coming--the festival has included late-night events, like last year’s Beats Antique-powered dance set. Arts-based activities for young children based on the forested site, a special area for teens, a family chill out area, and musical adventures led by festival artists are coupled with learning opportunities for adults, covering everything from canning and beekeeping to habitat restoration and tiny house living. A section of the fairgrounds is transformed into a Global Indigenous People’s Village, where festival-goers can engage directly with the music, culture, and histories of peoples from around the world, an expansion of the original Native People’s Village.

WorldFest shows how a festival can grow in tune with its setting and people, following the curiosity, love of the land, and powerful global connections that shape the region. “We’re responding to what patrons, community, and the world long to hear,” Baker reflects.

About The Center for the Arts

Since 2000, The Center for the Arts, a non profit performing arts organization has grown into a leading presenter of music, dance, theater, comedy, literary, visual art and family programming managing a 21,000 square foot venue in downtown Grass Valley and presenting over 150 events per year.